Hello [Insert Robot ID Here]! We’re close to the one year anniversary for you know what. The Early Access release of Industrial Petting!

The next big update isn’t here yet, but I would like to give a preview of what’s coming, and make it clear why it’s been taking a little bit longer. First, a background on the current problems with the game. 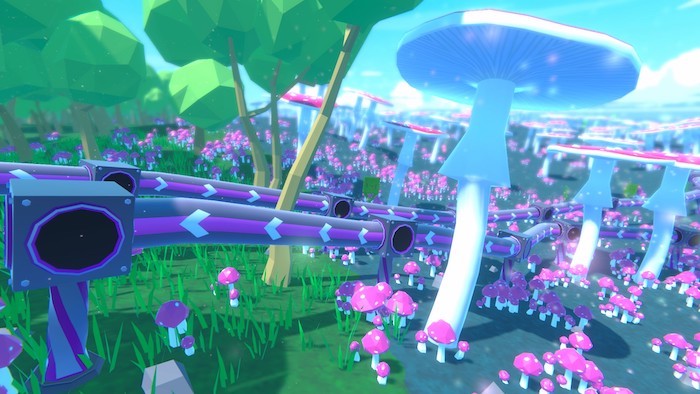 Industrial Petting is a fun game about making little creatures happy, and building automated facilities to construct more of them. The moment-to-moment gameplay of finding new creatures, figuring out how to please them, and then determining how to automate that process is colorful and enjoyable.

What isn’t working well are the story and longer-term gameplay loops. There’s no explanation for what you are doing, and the only goals are to see more pets and experience more gameplay mechanics. It’s also hard to to scale up production. There aren’t good reasons to build more than a few factories for each pet type, and if you do, the game isn’t optimized enough to handle very large collections of pets.

The story doesn’t exist right now. You have a tutorial bot occasionally talk to you, and the title screen suggests something about multiple space elevators, but beyond that it’s a mystery. 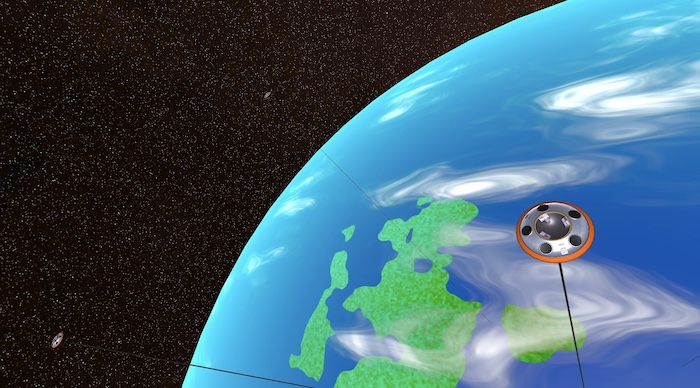 The current update is tentatively titled The Orbital Drop, and I’m hoping to begin fixing the story and longer-term gameplay issues all at once.

You’ll still be building factories, finding pets in the forest and mushroom plains, but your larger factory is going to be quite different. Your home base is now a ship in orbit and you’ll be building larger, dedicated factories over the surface of the planet, building thousands instead of tens of cuddlers. If that sounds like a lot, there are going to be some new mechanics to make it manageable.

On top of that, you’ll be talking to new characters in order to sell the pets you’re building for cash, buy new land, new parts, and access to new contacts who might help you in the production. Progression will no longer be arbitrary checklists in a long list of unlockable items, there will be a definite sense of purpose to all the factory-building and petting.

Where Are We Now?

The screenshot above is the whitebox, no-art, test mothership.

You can see a board showing newly arriving space elevator packages, the orbital drop pod navigator, and a new market to buy/sell things and talk to the locals. They might be hideous right now, but code for all of these is in-game and working!

I’m designing and testing out the early game in this new progression system, and once I’m ready for feedback, there will be a very janky beta available.

This is a large project, but I believe that the payoff will be more than worth it. An actual storyline and clear goals are a huge step towards the full release. Industrial Petting will turn into a game where your factories are building hundreds of thousands of creatures over the face of an entire planet, and maybe more in the future…

If you’re interested in talking about this, join the discord!