Hey everyone, new update! With the new sorting boxes, mixed-item pipelines are now viable. Simply add a sorter box in the middle and tell it what you want to filter out through the top. Also added some signs to make marking up the factory easier. 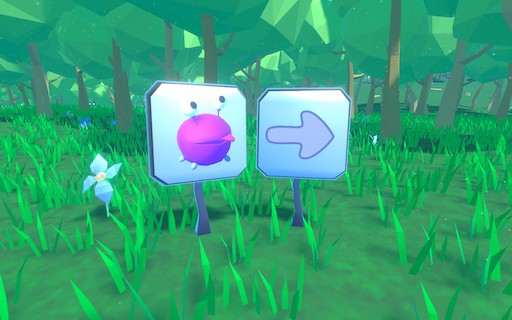 The next two big content updates were designed and planned this last week. The first one is going to be a longer-term non-research goal, using most of the same mechanics that already exist. People have been asking for overarching goals in the game, and I’m hoping this next update will be a good start.

The second update is going to be the next new biome. There are plans for new pets with new interactions and desires, and new mechanics for making them. The goal is to add more intuitive and interesting pet mechanics without complicating the game too much.

As always, feel free to email with suggestions, and check Steam for the full changelog!